The Largest NFT Mint In History

Yuga Labs is the company behind Bored Ape Yacht Clubs.  The Otherside’s Otherdeeds are the largest NFT mint in history.  An unbelievable 55,000 NFTs were minted during the Otherside mint.  Each NFT cost $5,800.00 before fees. The gross revenue for the NFT mint was over $300 million. The NFT mint also had numerous issues.  That said, the mint also created a ton of revenue for Bored Ape Yacht Club and its metaverse.  Let’s take at BAYC’s first venture into the metaverse – and the largest mint in the history of NFTs.

At the time of the mint, the cost of an Otherdeed NFT was $5,800.00 before fees.  However, the gas fees were some of the highest in history.  In fact, the gas fees on Ethereum during the mint were at all-time highs.  Some people bundled NFT transactions and caused gas fees as high as $14,000.00.  (See the tweet below.) 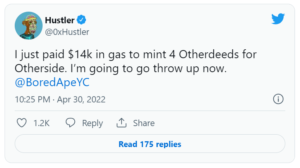 The gas fees were skyrocketing during the Otherside’s mint.

Indeed, some people paid over $6,000.00 for failed transactions, and many others were paying some of the highest gas fees in the history of Ethereum.  However, to their credit, Yuga Labs has since refunded anyone who was charged gas fees for a failed transaction. 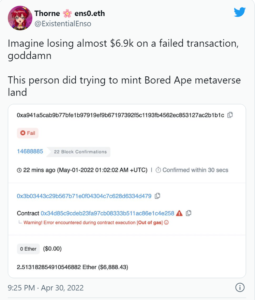 ApeCoin and Its own Blockchain

The mint itself generated a ton of money for Yuga Labs. The mint generated over $320 million in revenue for the company.  However, the mint itself did not go smoothly.  The Bored Ape Yacht Club mint caused the Ethereum blockchain to go to a halt.  Within hours after the completion of the mint, Yuga Labs was already suggesting the BAYC DAO create a blockchain for ApeCoin.

The Ape DAO could bring such an idea to vote soon.  ApeCoin currently does not have its own blockchain.  ApeCoin is dependent on Ethereum, which has its own chain.  If the DAO approved the creation of an ApeCoin blockchain, many suspect that this would add value to ApeCoin.  Certainly, a token with its own blockchain provides more utility.  It is something to watch for in the coming weeks.  I expect a vote in the DAO soon. 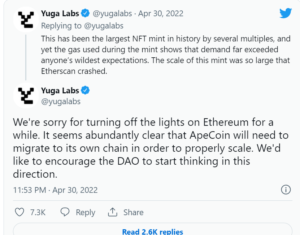 Yuga Labs wants its own blockchain.

Sales on the Secondary Market

Currently, the floor price to get an Otherdeed NFT is at or about 3.3 ETH on OpenSea.  The initial cost was about 4.2 Ethereum to mint with fees.  We know very little about what the virtual land and the metaverse for these NFT deeds.  Some of these NFTs, with rare avatars and other attributes, are selling in the secondary market for over $900,000.00.  There have been numerous sales upwards of $800,000.00.  The floor price in the spring of 2022 is in the low to mid 3 ETH.  Currently, the Otherside metaverse has limited details.  Currently, the public knows that there will be a multiplayer game.

The Otherdeeds NFT Collection at OpenSea 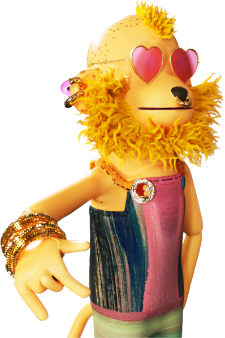 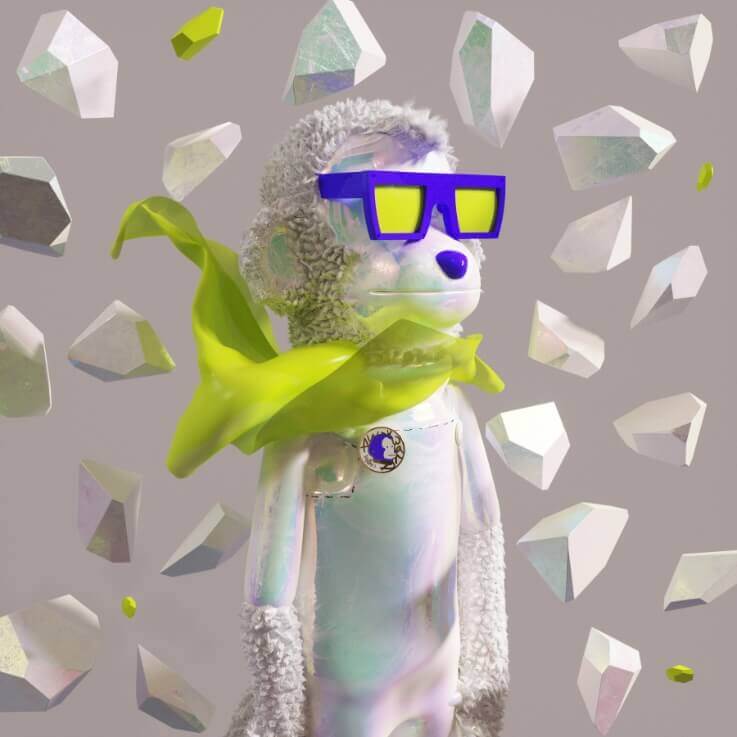 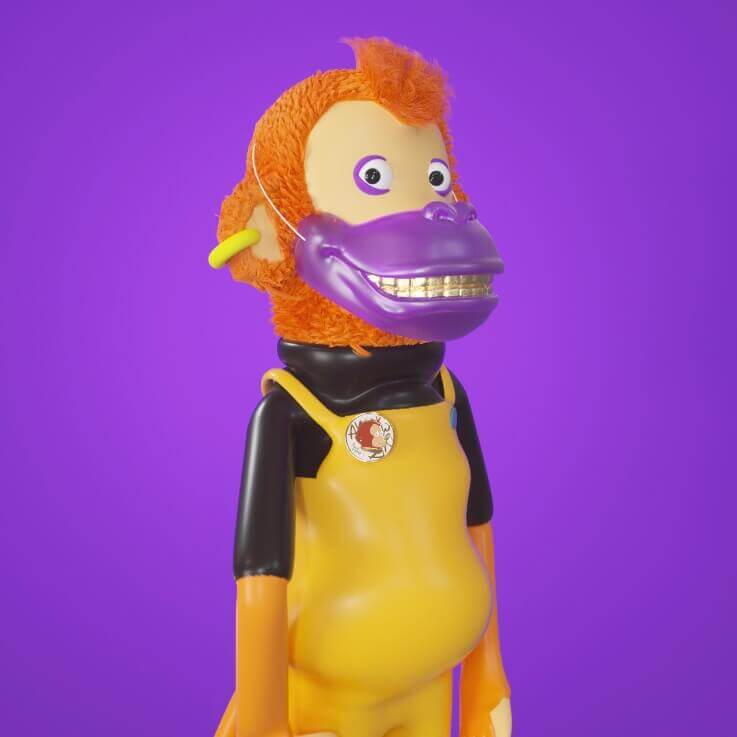 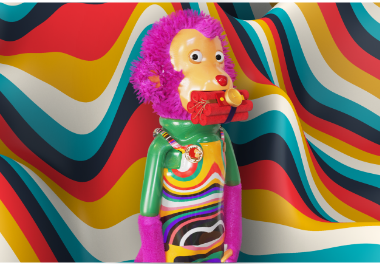